There are many spotting locations around Melbourne airport, and access is very simple provided you have a vehicle. There is no public transport around the airport perimeter. Good photography can be achieved in most locations.

Please note: While not essential, a ladder to get above the fenceline to photograph aircraft is an advantage, but please remember to keep at least 3 meters away from the fence due to safety and security reasons. Happy snapping! 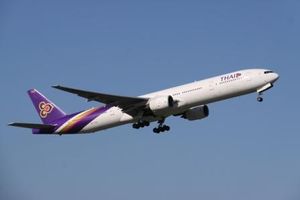 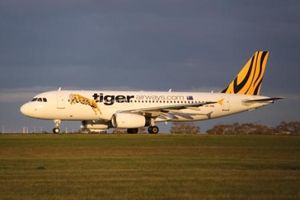 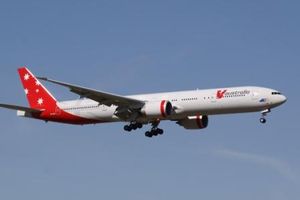 Getting to this area is probably the most diffilcult for those not familiar with Melbourne Airport. Access to this area is from the southern end of the airport and is further around the road from the Maintenance areas of Qantas/Virgin/John Holland. There is no public transport nearby and it would be at least a 45 minute walk from the terminal area, so car transport is the best option.

Sunbury Road Aircraft Viewing Area is situated directly beneath the approach to RWY16. It is a great to place to experience the "feel" of a jet passing right over your head. Kids love this place!

Photography of aircraft landing on RWY34 is best from the grassland on Operations Road just past Qantas maintenence. The best lighting is before mid-day. The area is not marked as a viewing area, but local authorities seemed to be very tolerant of spotters using this location as it is well away from any perimeter fences or buildings. 70-300mm lens is sufficient. A short walk to the perimeter fence allows you to photograph aircraft on Taxiway "K" about to line up on RWY34. Once again, there is no public transport to this loaction and it would be a 45 minute walk from the terminal area.

Located on Mansfield Road via McNabbs Road, good shots of rwy27 departures and rollouts/taxiing can be taken from here, although once again the early morning sun can be tricky. Aircraft taxiing off rwy 27 pass within 50 meters of your location making for some stunning photography. 300mm lens for departures (although 500mm better), 70mm lens for rwy 27 taxiing shots.

Some great side on shots of aircraft landing on rwy 16 can be taken from Uniting Lane, just off Sunbury Road (next to the Uniting Church) there are also some shady trees to sit under on those hot days. Alternatively, the spotters carpark on the corner of Oaklands and Sunbury Road sees aircraft passing overhead at 150 feet. 70-300mm lens.

Runway 27 threshold just off Sunbury Road (look for the flight markers) is another good spot to photograph aircraft landing on rwy 27, although it can be quite noisy due to traffic on Sunbury Road. The airport itself cannot be seen from this location due to a small hill blocking the view. 70-200mm lens.

While there's no real places to avoid, it's probably best if you don't do your spotting/photography from the terminal itself, as this will attract the attention of security. Also, don't park your vehicle in front of any emergency/access gates and be careful on how close you stand to the fences as sometimes the security will ask you to stand 3 metres back.

Retrieved from "https://www.spotterswiki.com/index.php?title=Melbourne_Tullamarine_Airport&oldid=13948"
Category:
Cookies help us deliver our services. By using our services, you agree to our use of cookies.