Cleveland Hopkins International Airport is the primary commercial airport serving Cleveland and the surrounding Northeast Ohio area,. It is the busiest airport in Ohio. Located approximately 9 miles southwest of downtown Cleveland, CLE handles all of the area's commercial flights, as well as some GA flights and sports charters. It is one of ten hubs for United Airlines. 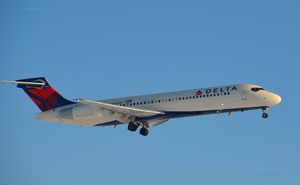 Delta 717 on final approach to 24R, photographed from the 100th Bomb Group

The 100th Bomb Group Restaurant is located off of Brookpark Road near the River Edge shuttle lot. It is accessible by both car and airport shuttle bus. At this location, all inbound-inflight traffic using 24R and 24L are visible, as well taxiing departures using Bravo and Sierra. This is a good location for flights as they lift off 6R and 6L, too. This spot is good for the majority of the day, however at sunset the sun reflects on terminal and airport administration offices below the tower. This location is close to Runway 10/28, but this runway is rarely used. A cool feature at this site are the replica P-51Ds.

United A320 737 taxiing in, photographed from the departures drive

Located off of the departures drive, just a few steps outside of the terminal, this area is a great spot for taxiing United Airlines and Air Canada Jazz aircraft, as well as aircraft parked at Concourse C and D. This spot is good for takeoffs using 24R and 24L, especially as they pass the control tower. A car is advised against for this location. There are fences that may get a little in the way, but the ramp is above them so they shouldn’t be much bother. The Smart Parking Garage offers a great vantage point of the airport, higher up. Security does do patrols and may ask you to leave. The garage is located across from the airport terminal, and there is covered walkway that covers the short walk between the two.

Aerospace Parkway runs around 6L and 6R. This allows for nice landing shots, as well as takeoff shots with a good lens. Parking is limited, however there are some small areas one can pull in and leave their vehicle, provided they don't go far. The businesses on the Parkway do not like people using their lots. The road leads to the MetroParks.

Postal Road offers a lot of different vantage points. There is a view of FedEx's ramp, as well as a view of the new TRACON and ATCT. Aircraft parked outside of United Airlines' and Constant Aviation's hangars can be seen. Taxiing aircraft on Kilo heading past the ARFF facility can also be seen. This is also a vantage point for Pad-7, where all large VIP traffic parks. Occasionally shots of corporate jets can be taken when outside of their hangars. This is also a good spot for unscheduled cargo flights. 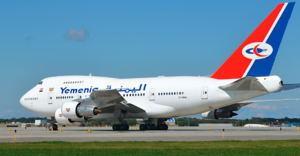 DHL Global Forwarding is a nice location for taxiing aircraft but only if no one is around, as no spotting signs are posted.

All businesses on Aerospace Parkway

Aerospace Parkway is a great area to spot, however parking is limited. Do not park in the lots at the businesses.

This is a federal government property, and is a secure location. Security will stop anyone. There are cameras all over here. However if you stay on the left side of the road, on foot good shots can occasionally be taken when a NASA plane or other government plane is on the ramp, but it's a bit of a walk from the River Edge facility, and again security is tight.

UPS has a fence around its property, and its hard to get a great vantage point, but employees will stop photographers on their property.

Please note that all times listed in this section are approximate. Spotters visiting CLE should consult a flight tracker for exact and up-to-date information. 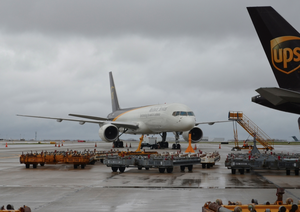 A UPS 757 seen at CLE UPS. I was questioned by UPS and do not recommend this location.

There is a Cell Phone Lot which offers free parking for attended vehicles. The lot provides views of Concourse D. The lot offers no other amenities other than the parking, but is not far from any facilities.

Cleveland Regional Transit Authority (RTA) Red Line provides public service to the airport. The line originates in downtown Cleveland with several stops including one on Brookpark Road, not far from the 100th Bomb Group, however a car is still recommended. Connections for the Red Line as well as the Blue and Green Line and buses can be made downtown. Airport parking shuttle buses from the terminal loop to nearby airport spotting locations. Hopkins Airport also operates its own CLE taxicab service, regularly operating up to a 40 mile radius.

Retrieved from "https://www.spotterswiki.com/index.php?title=Cleveland_Hopkins_International_Airport&oldid=13650"
Category:
Cookies help us deliver our services. By using our services, you agree to our use of cookies.