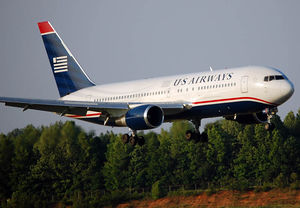 Probably the best all-around location for spotters. Located on the west side of the airport, near the threshold of 18C. Large parking lot, with benches and picnic tables. Good up close views, a great area for families and no hassles from police. Will sometimes be closed during elevated terror threat levels. It is scheduled to close at some point in the future to make way for construction of a fourth runway, but the airport has stated that the current airport overlook location will remain open until a new overlook area is open to the public.

Retrieved from "https://www.spotterswiki.com/index.php?title=Charlotte_Douglas_International_Airport&oldid=17190"
Category:
Cookies help us deliver our services. By using our services, you agree to our use of cookies.