The largest airport an Alberta, and the fourth largest in Canada, Calgary International Airport is a hub for both Air Canada and WestJet. Decent spotting opportunists are available, but the airport's large size and distance between runways limit the number of aircraft that can be seen from a single location. 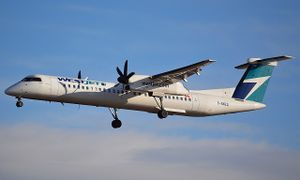 A paved lot/park located to the West of the main (17R/35L) runway on Aviation Road. All movements on this runway can be seen and photographed (150-300mm), although the sun is bothersome before noon. Traffic using 10/28 is too far away to be identified from here, and traffic on 16L/34R can be identified, but is too far away for photography. Picnic tables and a nearby gas station/store.

From Deerfoot Trail, take the McKnight Boulevard exit, turn left on Aviation Boluevard, right on Aviaton Road, and follow the road until you reach the lot.

A small dirt lot just past the WestJet hangar. Only good for logging 10/28 traffic as there is a double fence preventing photography. Turn right out of the airport and right again on 78 Avenue then left towards the hangar.

Off McCall Way. From an employee car park at the end of McTavish Road movements on 16/34 and 07/25 can be logged. Good photos of 16 departures until late afternoon. Remember this is private property but weekends should pose no problems.

The food court has large windows from which all airline movements can be logged. Some photography is possible through the tinted glass and also from the roadway to the East of the terminal.

Further down 78 Avenue the road ends at the cargo facility and fire station. Movements on both runways can be logged from here, but double fencing again prevents photography.

There are a few locations off this road for runway 16 arrivals. Many are dirt roads, the best of which is 15 Street and this area is probably of interest to only the most dedicated photographer.

Patrolled by private security, but very little can be seen from here anyway. 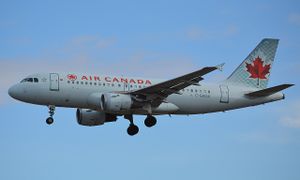 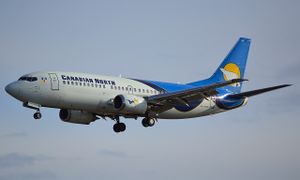 About 150 Arrivals per day including:

Retrieved from "https://www.spotterswiki.com/index.php?title=Calgary_International_Airport&oldid=16178"
Category:
Cookies help us deliver our services. By using our services, you agree to our use of cookies.