In August 2021, the airport designated a plane spotting area at the end of Park Rd, near runway 06. The airport also requires spotters to complete a spotting permit form. Additional details, application form, and map to the area can be found on the airport's web site. 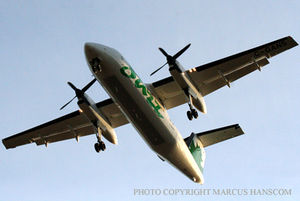 In addition to the spectator lot at the end of Rwy 06, you can also get some head-on and underbelly shots from the hill across the street. If you look across Route 20 from the spectator lot, you'll see the hill right under the approach path. You can follow the little road that is next to it and pull off and park. Then, just walk up on the hill and shoot away. You can also catch departures on 24 here. Be careful here as the State Police have been known to harass people here.


Directions: From I-91, take exit 40 for the Route 20 Connector to the airport. When Route 20 splits off right before the airport, continue to follow Route 20. After the split, you'll pass the end of Rwy 06 on your right about 1/2 mile from the split. The hill and road are on the left across from the end of the runway. 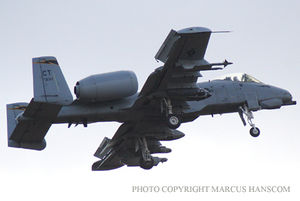 For arrivals on Rwy 24 or departures on 06, you can get some great views from Perimeter Road, the side of Route 75, and the parking lot of Kelly Containers (a local business). Getting Perimeter Road shots are tough because the police will move you along, so I wouldn't advise parking anywhere along Perimeter Road. If you go during the week, I wouldn't recommend going to Kelly Containers since it is an active business. You can park on the side of the road near the approach to Rwy 24 and just walk to where you want to shoot photos along Route 75. If you go on the weekends, you can park in the Kelly Containers parking lot and hang there. Directions below..

1) For Perimeter Road: Take exit 39 for Route 75 off I-91. Take a left onto Route 75. Follow Route 75 past the airport (The airport will be on your left). Continue following Route 75 for about 3/4 mile. Perimeter Road is on the lefthand side and is marked by a sign for the New England Air Museum.

2) For shots during the week on Route 75: Same directions for Perimeter Road, but follow Route 75 a bit further to the bottom of the hill (A farm should be on your right on the hill before a traffic light). You can pull off on the right and just walk to where you want to take photos.

3) For weekend shots from Kelly Containers: Same directions as 1) and 2) above, but follow Route 75 just up the hill and Kelly Containers is on the right. You can just park in their lot and take photos from there. 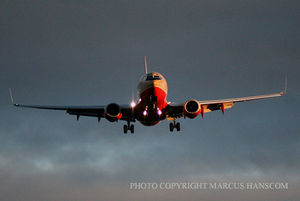 For arrivals on Rwy 33, you can park at the Bradley Bowl parking lot across from the airport. Aircraft fly directly overhead at less than 300 feet and you can get some great underbelly and head on shots here.

Directions: Take exit 39 for Route 75 off I-91. Take a left onto Route 75. Follow Route 75 past Friendly's (on the right) and Bradley Bowl is directly after it on the righthand side. It is private property and an active business, so it is possible that the owners may get aggravated, but I've never heard of anyone having problems there (including myself on several occasions).

Also, the Friendly's lot and the lot of business next to it are good for photography too.

For departures on Rwy 33 (over the trees and end of Rwy 15), you can sneak a few photos toward the end of Perimeter Road. The road loops around behind the airport and back toward Route 20 near the Rwy 06 spectator lot.

Directions: Take exit 39 for Route 75 off I-91. Take a left onto Route 75. Follow Route 75 past the airport (The airport will be on your left). Continue following Route 75 for about 3/4 mile. Perimeter Road is on the lefthand side and is marked by a sign for the New England Air Museum. Follow the road past the Air Museum and look for spotting locations there.

To catch some nice departure shots from runway 6 in the morning. Go to the Subaru dealership on route 75. It is before the Kelly Trailers Lot on the same road. The best time to go here is in the morning, as in the afternoon it becomes backlit. Also it is probably best to go on a clear summer or spring morning. In the summer/spring the sun comes up early, so you can get the first major departures of the day at about 6 a.m. then a lot of stuff goes for the next two hours or so. In the winter sunrise doesn't happen till after 7. However, I'm not sure if the people who run the dealership like people spotting there, so I leave when the place opens, but by that time in the morning however, most of the activity is over for a while. If there is something you really wanna get, move over to the lot next door, and just wait around until it departs. There are some obstructions in this spot in the form of power lines and trees, so you might have to dodge those when taking pictures, but they haven't been too big a problem for me.

Here are some examples from this spot:

I would call this site mediocre because you can't really see much unless the action is all on 33. Not to mention the fact that you have to pay for parking too, which makes it not worth it to go up there a lot. Pretty self explanatory, just go into the new parking garage, and head to the top level. You have to park on one of the lower levels however, as it seems the upper ones are only for long term parking. The 2 or so times I've gone up there, nobody has come to move me along. The new terminal drop-off area has a small area that overlooks the Continental and NWA gates. If you want to get a get a Continental or NWA plane taxiing into the gate, a nice shot can be had from there.

Do not park along Perimeter Road. The police will move you along, especially along the approach to Rwy 24. It is possible to get some quick grabs though, you just have to stop quickly, get the shot and go, also you could probably park someplace and walk/bike to Perimeter Road, (haven't seen any signs prohibiting that yet) although it would be a very long and tiring walk, but doable, as I see people biking and walking there all the time.

Here is an example of a nice shot that can be had if you stop for a quick moment on the "hill":

And here are a couple more from walking to the east side of Perimeter Road:

Bradley is also occasionally visited by DC-8 and DC-10 cargo freighters, and a few times a year sees AN-124 traffic.

BDL is frequently listed as an alternate airfield for traffic to New York or Boston. When airports in those cities experience bad weather, it is not unusual to find some transatlantic traffic diverted here.

There are 2 Terminals BDL, A and B. Terminal A has a new section, which has been in operation since 2003, and is very nice and modern. Renovations are still in progress on the older terminals. Airlines in the new part of Terminal A are Delta/Song, Southwest, Continental, Northwest, and America West. The old part of Terminal A serves United and US Airways. Terminal B serves American, Air Canada Jazz/Air Alliance, Midwest Connect/Skyway, and charters; it also used to serve Independence Air before they went bankrupt. There is also a new International Arrivals Building just next to Terminal B which processes the tourist charter flights that come in from international destinations. One can walk through all the terminals if they wish, there is a connecter between terminals with big windows which give a view of the airfield. The international arrival's building is the only passenger facility separated from the rest of the airport. There is also a Sheraton Airport Hotel with an entrance from the terminal connector walkway, as well as from the outside roadway.

Much of the information provided about BDL on this page has been provided by Marcus Hanscom. Feel free to contact him if you have any questions or want some help with spotting at BDL. His email is: [email protected]. Happy spotting! Also be sure to visit the BDL Yahoo Group at: http://groups.yahoo.com/group/bradleyairport

Retrieved from "https://www.spotterswiki.com/index.php?title=Bradley_International_Airport&oldid=17090"
Category:
Cookies help us deliver our services. By using our services, you agree to our use of cookies.